SUMMARY
The remains of late nineteenth century house owned by African-American stone mason Morris Rice, were investigated by archaeologists and campers at the North Central 4-H camp. Rice lived on the 4-acre rural property with his wife and three children. Examination of the intact architectural remains found at the site indicated that Rice and his family lived in a small wooden house and had a barn and a root cellar, buildings that he likely built himself. Although Rice was not a farmer and his land was not well-suited for farming, its rural location allowed him to make a living repairing and building stone foundations, buildings, and fences on local farms. Rice owned and lived at the property for over twenty years before defaulting on his mortgage and being forced to sell it. It appears that Rice rented his home from the new property owner for a few years before moving to the African-American community of Henryville also in Nicholas County. The archaeological remains examined at the Neal-Rice site provide a glimpse at the lives of African Americans during Reconstruction after the Civil War.

Stone foundation ruins of a barn. 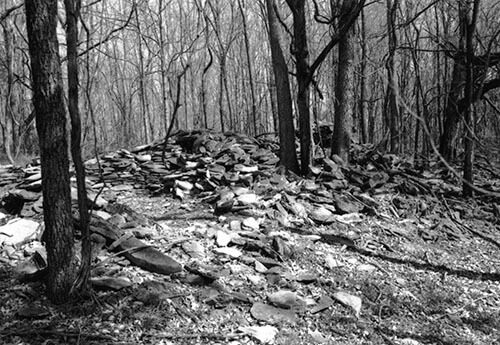 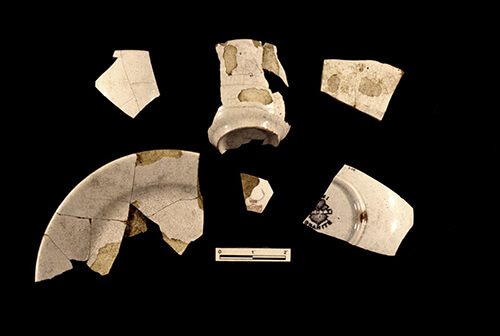 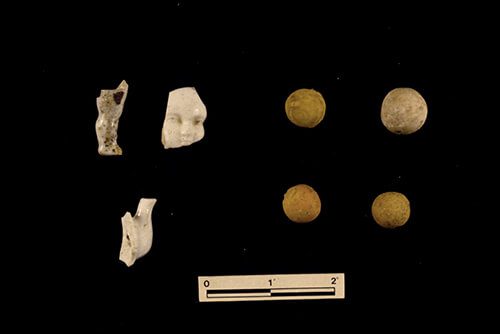 FINDINGS
The archaeological remains associated with the home site consisted of stone foundations and thousands of artifacts. Many of the artifacts recovered from the site were associated with daily lives of the Rice family and tell us much about them. Based on the modest dish fragments found, Morris Rice was rather poor, despite the fact that he owned property. Although these dishes were inexpensive, it does appear that Rice purchased new dishes rather than used or handed down ones. The canning jar fragments indicate that the Rice’s canned some of their own food however the presence of metal cans suggests that they also purchased canned food as well. The doll parts and marbles found are indicative of Rice’s three children who included two boys and a girl. Slate pencils indicate that someone in the household could read and write or were at least learning to do so. Rice also purchased patent medicines based on the bottle fragments recovered. It appears, despite their rural location, that the Rice family had access to many goods, most likely through mail order catalogs and stores in African-American communities.

Slate writing board and pencil fragments. 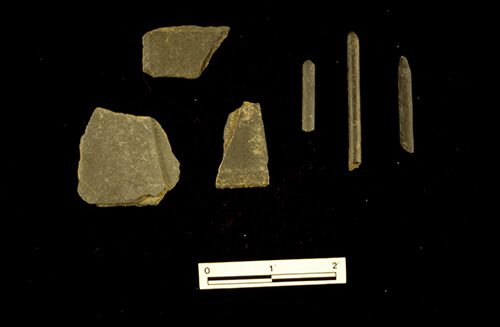 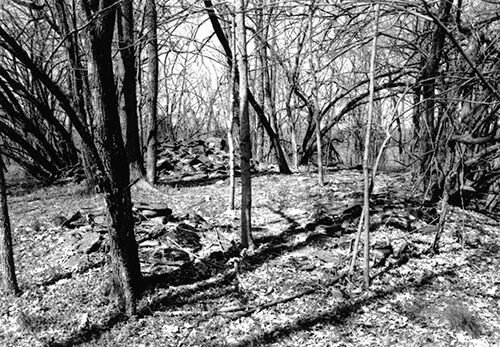 Site map showing the outline of the house and outbuilding foundations. 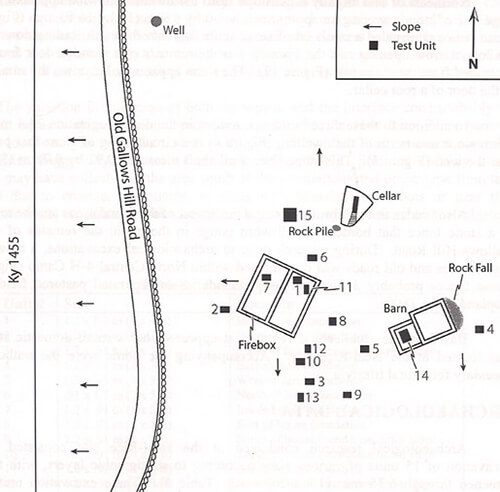 WHAT’S COOL? AN AFRICAN INSPIRED HOUSE
The stone foundations and many of the artifacts, such as nails and window glass provide a great deal of information about the type of house that Morris Rice built for his family. The foundation and nails indicate that the house originally consisted of one room that was 10 x 20 ft. in size and that another room of the same size was added later. This room plan differs from typical Euro-American types which favored a 16 x 16 ft. square room plan. Architectural historians have found that traditional African houses were smaller more intimate spaces that used a room plan identical to Rice’s house. This room plan is a variant of a traditional urban shotgun house which is also thought to be derived from African houses. Although it is not likely that Morris Rice learned how to build a house from his enslaved African ancestors, he may have still retained traditional concepts of space from his African heritage, which influenced the way he designed his home.